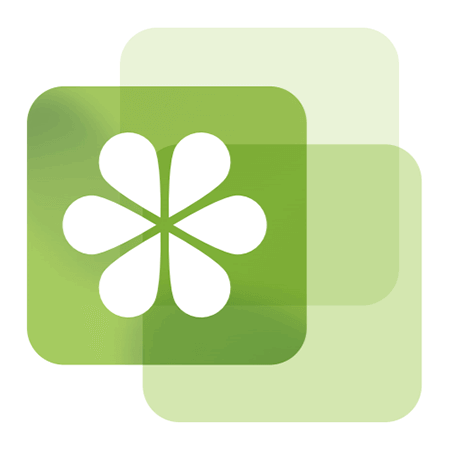 Mainstreaming equality is about embedding equality in how we carry out our work and across all areas of our organisation and operations.

Mainstreaming equality and diversity is further supported through delivery of our equality outcomes. Read more about our equalities publications in our case studies below.

Reporting on diversity and equality issues where appropriate. 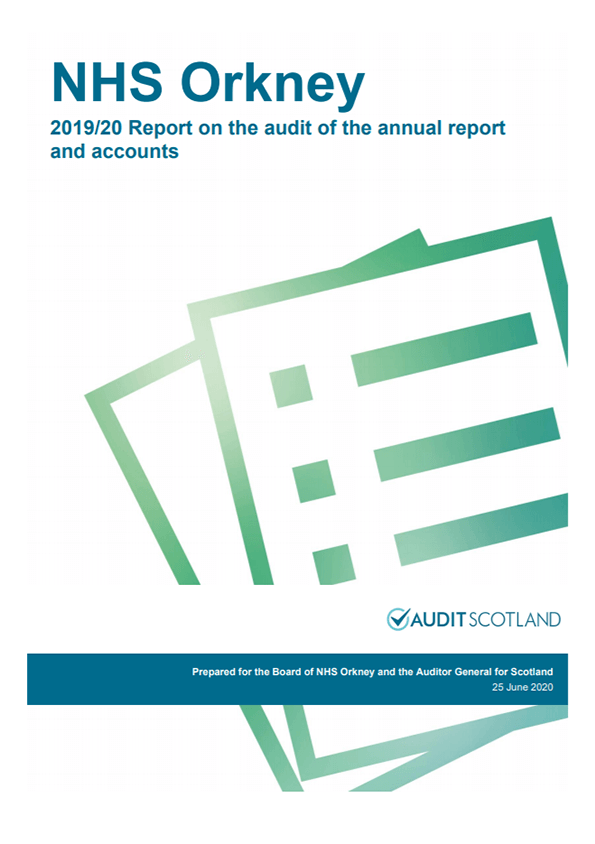 The NHS Orkney audit team used their management report to comment on the equalities arrangements and compliance with the Equality Act 2010.

In the 2019/20 audit of NHS Orkney the audit team used their management report to review and comment on compliance with the 2010 Act and further equality arrangements at the health board. Alongside the good work the health board had undertaken to advance equalities internally and externally, the report made recommendations for improvement.

A key finding was that their biennial Mainstreaming Report could report more fully on progress against specific equality outcomes assuring stakeholders that advances are being made. We recommended their biennial report would also present an opportunity for NHS Orkney to conclude overall on the progress being made and elaborate on the health board’s future priorities.

We reported that EIAs should be posted on the NHS Orkney website in a timely manner. We also highlighted the Board's Equal Pay Monitoring Report could be more explicit in explaining the overall gender pay gap. The recommendation was to make the overall pay gap clearer.

Management of NHS Orkney agreed to make the necessary changes on the back of our recommendations. 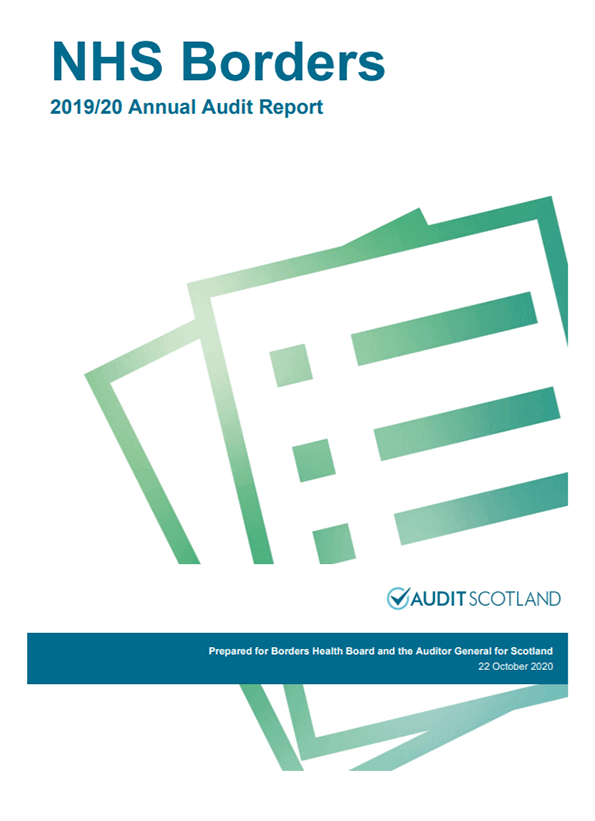 The NHS Borders audit team addressed areas identified in the NHS Borders mainstreaming report. Recommended changes were accepted by the Board and are set to be implemented by July 2021.

The annual audit of NHS Borders considered the board’s equality arrangements and included these as part of the main judgements and recommendations within the audit report.

The main judgement was that NHS Borders routinely considers equality matters but has identified scope to develop this further. This judgement was based on a number of improvement actions that the board identified within its 2019 mainstreaming report, including:

Auditors recommended that management consider developing its equality considerations in the areas identified. This recommendation was accepted by the Board and a steering group has now been established to develop a programme plan that will be delivered over a two-year period. This will be followed up through future audit work. 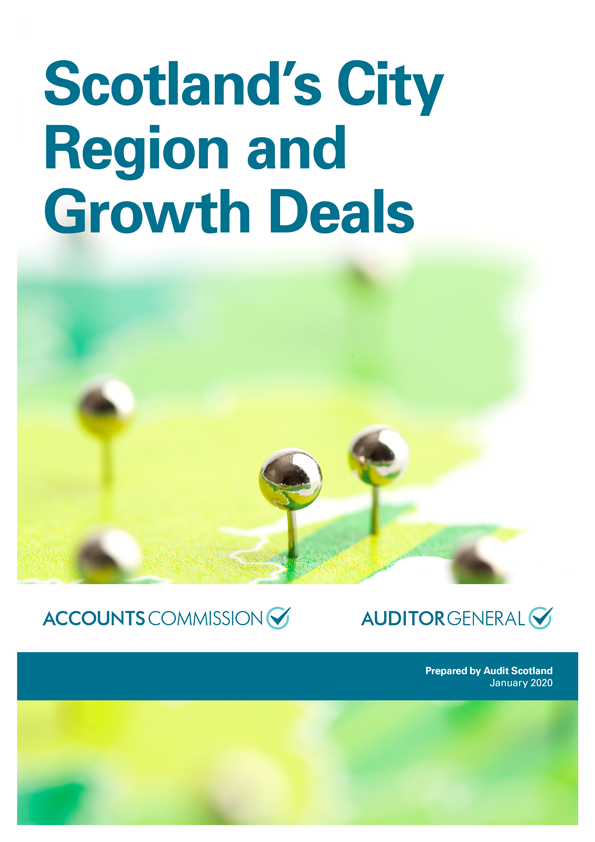 Auditors reported that there was a risk that city region and growth deals missed opportunities to contribute to equality outcomes. In line the report recommendations, the Edinburgh city deal is working with the Scottish Government to develop a framework that will capture the impact of the deal on groups who share protected characteristics.

The audit team reviewed equalities at the scoping stage and had the Equality and Human Rights Commission (EHRC) represented on the advisory group which is established to provide input to the scope of the audit. Audit work looked at the expected benefits from the city deal programme across all population groups, reviewed the decision-making processes and noted if equalities were considered at the project identification stage. City region and growth deals are signed agreements between the UK government, Scottish Government, councils and other partners to fund and deliver a programme to support economic growth in a particular city region or region.

The audit team interviewed representatives from the EHRC who were working with deals to support inclusive growth aims and help set equality outcomes. The EHRC’s focus was on creating opportunities for three protected characteristic groups: women, people who are disabled and those from ethnic minority communities.

The audit reported that as the four signed deals had already agreed projects there was a risk that opportunities to contribute to equality outcomes may have been missed. A lack of reliable data to measure the impact on disadvantaged groups or on equality outcomes was also identified as a challenge.

Since we published our report, in line with our recommendations, the Edinburgh city deal is working with the Scottish Government to develop a monitoring and evaluation framework. This will set targets and capture the impact that the deal is having on groups who share protected characteristics. 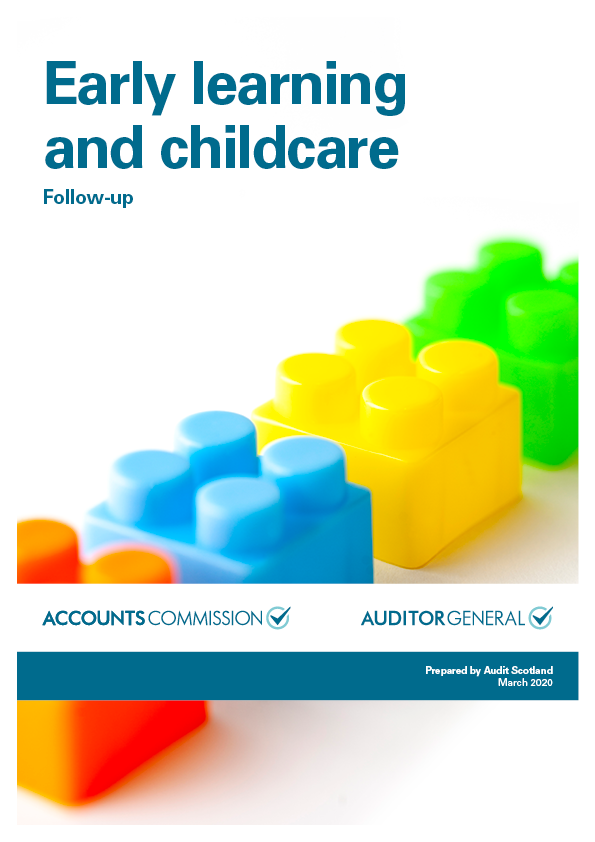 The Scottish Government acknowledged audit findings that a lack of data on equality characteristics prior to the expansion of Early Learning and Childcare would make it difficult to fully assess its impact. Auditors recommended that the Scottish Government should consider alternative ways of capturing baseline information on the equality characteristics of children accessing funded ELC.

Following the original report published in 2018, the follow-up report provided an update on progress with provision of funded Early Learning and Childcare (ELC) services to eligible two-year olds.

The audit reported that there was a current lack of individual child level data, meaning there is no baseline information for some equalities characteristics of children prior to the expansion. For example, information on ethnicity, sex or the Scottish Index of Multiple Deprivation area in which children using funded ELC live.

The Scottish Government had acknowledged this lack of data in an equalities impact assessment prepared for the expansion and highlighted plans to capture this information in future. However, the absence of baseline information will make it difficult to fully assess the impact of the expansion for some groups of children and families accessing funded ELC following the expansion.

The report recommended that the Scottish Government should consider alternative ways of capturing baseline information on the equality characteristics of children accessing funded ELC. We are planning future work on ELC and will look at impact of the expansion on children and families and follow-up on recommendations made.

Review how public bodies are delivering services and consider the needs of different user groups when budgeting, planning and organising services. 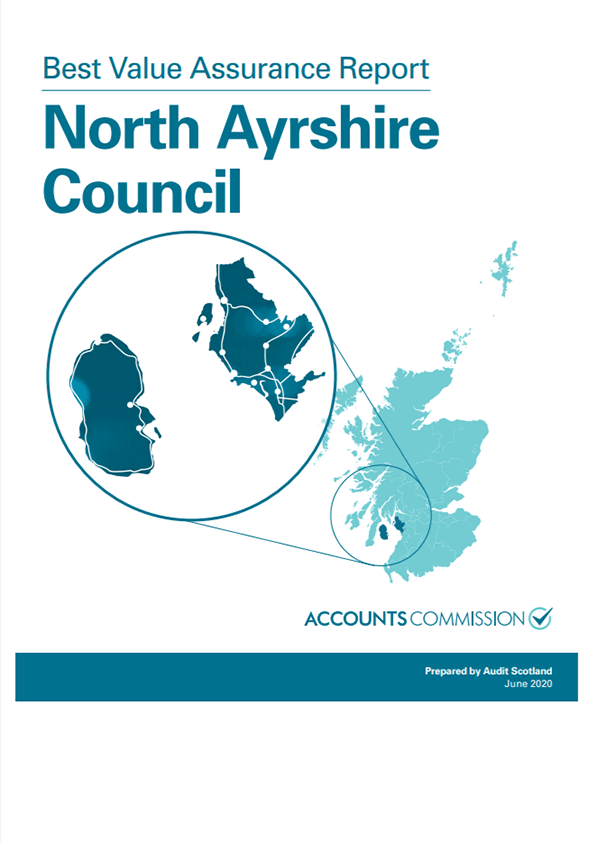 Best value auditors found that North Ayrshire Council have worked collaboratively with the Community Planning Partnership to focus on tackling their high rates of child poverty.

North Ayrshire has one of the highest rates of child poverty in Scotland. To tackle this issue, the Community Planning Partnership (CPP) and the council have increased their focus on child poverty in recent years.

The report highlighted the council’s practice in addressing these issues and positive outcomes achieved in reducing levels of poverty:

The council and the CPP focused their efforts across a range of services, in the short and longer term, to address child poverty. Research conducted by the End Child Poverty Coalition indicated that the number of children living in poverty in North Ayrshire fell from 30.4 per cent of children in 2016/17 to 26.6 per cent in 2017/18. 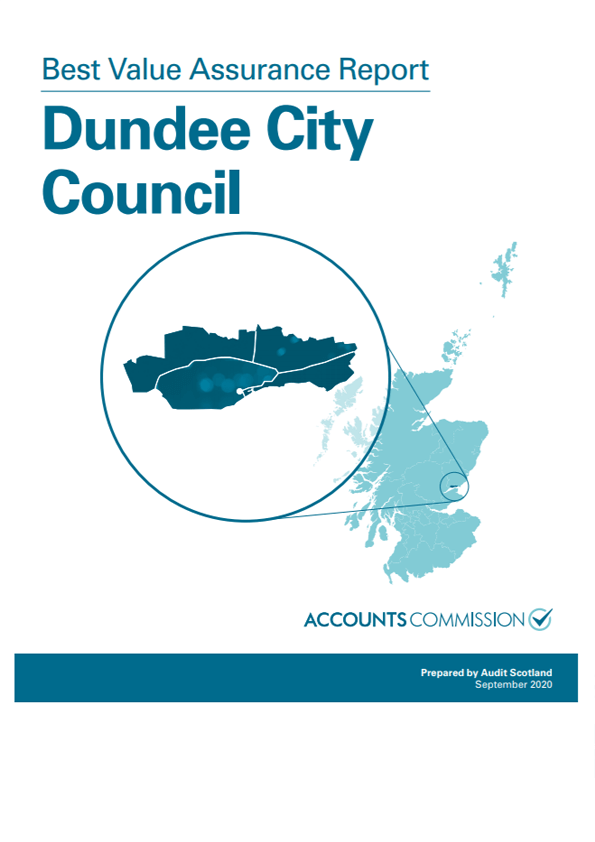 Audit recommendations lead to the development of an improvement plan, focusing on jobs, inequality and social inclusion across Dundee City Council.

The Dundee City Council BVAR found that the council and its partners have a clear and ambitious vision for Dundee. They understand that the key to this is addressing Dundee’s high levels of poverty and inequality, reflected across their City Plan’s strategic priority outcomes.

The Accounts Commission reported that, despite progress, Dundee continues to face complex and deep-rooted challenges. ‘It needs to understand, and demonstrate more clearly, the social impact of its capital investment and prevention and early intervention initiatives on inequality and poverty, particularly in the less advantaged areas of the city. It also needs to move from incremental to transformational change across all its services, and, in education, make quicker progress in narrowing the attainment gap for more vulnerable or disadvantaged children.’

The report recommended that ‘the Dundee Partnership needs to set out how it will measure the impact of its action plan to reduce inequality and poverty.’

The council and its partners viewed the recommendations from the audit process as an important driver for further improvement. In response they developed an improvement plan that included an increased focus on the partnership actions in tackling the city’s high-level objectives around jobs, inequality and social inclusion; and measuring the impact of these on outcomes across the city.

Reviewing the appropriateness of a human rights-based approach and how it applies to our audit work. We encourage staff to adopt the Scottish Human Rights Commission’s PANEL principles. There is ongoing training and support for colleagues. 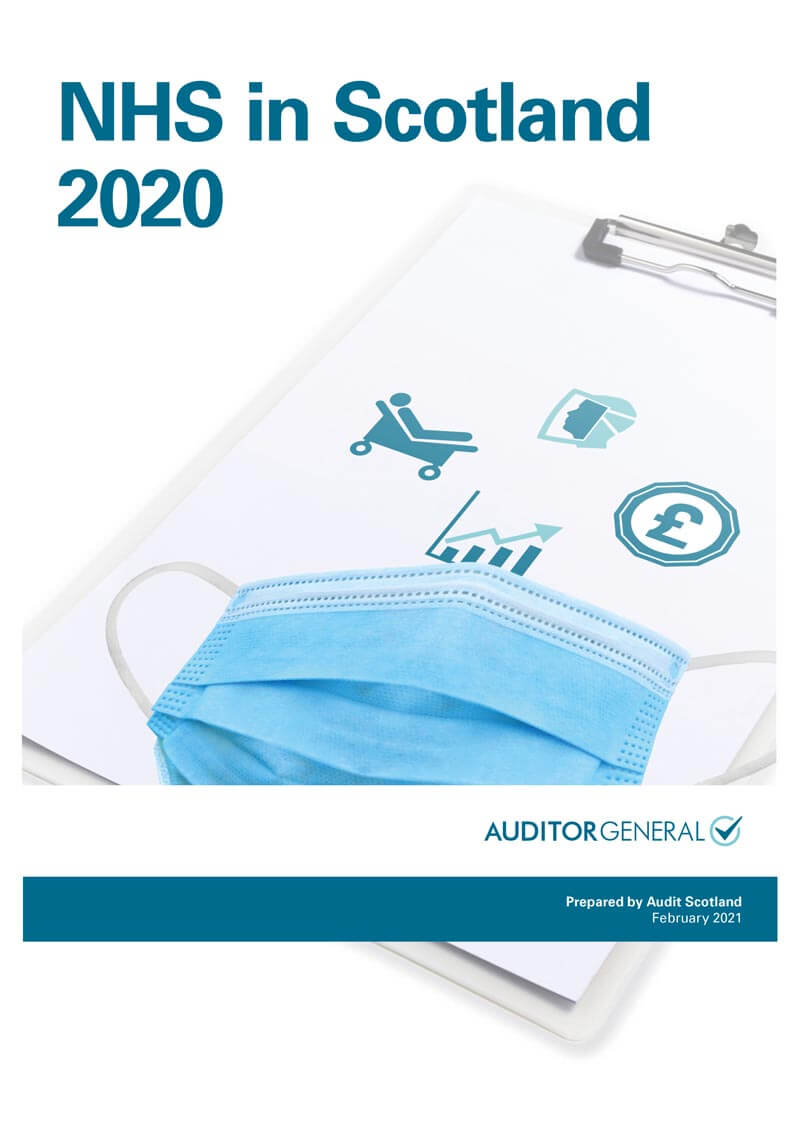 The report highlighted the Scottish Government response to concerns of the increased risk of human rights breaches at the early stage of the Covid-19 pandemic.

That legal experts, human rights groups and others had concerns that in the early stages of the Covid-19 pandemic, people who lacked capacity may have been discharged from hospital or moved without due legal process and without their consent. This may have been a breach of their human rights.

The audit also reported that the Scottish Human Rights Commission (SHRC) highlighted concerns about the care-at-home provision being reduced or removed during the pandemic. It reported that in many cases decisions to change care-at-home provision happened quickly, without adequate assessment of the impact and were poorly communicated. The SHRC made 24 recommendations including the urgent restoration of care and support; improve assessments and communication; and incorporate the United Nations Convention on the Rights of Persons with Disabilities into Scots law.

The report highlights that the Scottish Government updated its ethical decision-making framework to improve clarity on equality and human rights obligations, and in April 2020 published an ethical advice and support framework (EASF). The EASF outlines the structures and principles for supporting an ethical approach to decision-making during the pandemic if needed. As part of the EASF, NHS boards were required to establish ethical advice and support groups. These groups were designed to help clinicians to make difficult ethical decisions and enable theoretical discussions to support planning during the pandemic. A national group was also available to provide advice to local groups and to consider national ethical issues, although this had not been used as of February 2021.