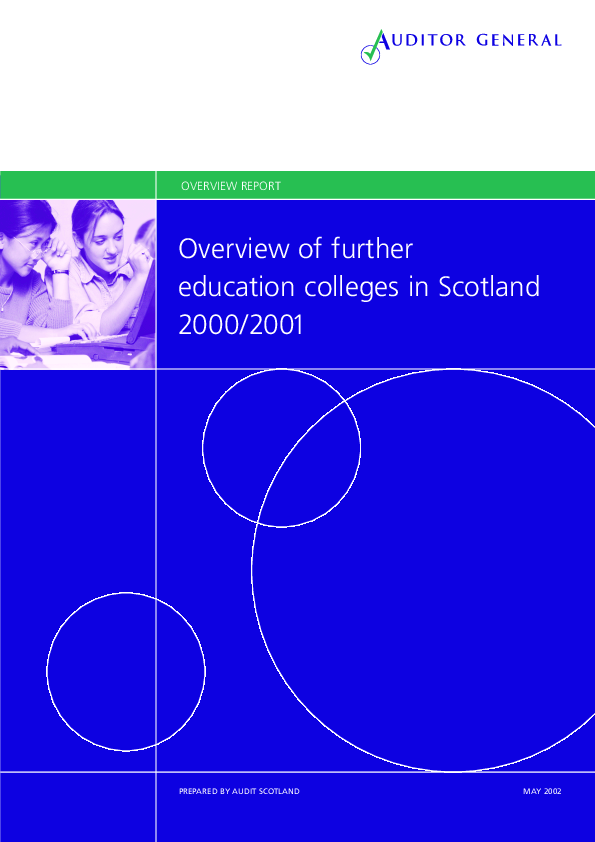 In his latest overview report on the further education sector in Scotland, the Auditor General, Robert Black, has expressed concern about the length of time colleges say they will take to clear their debts. By 2000/01 the net deficit for the sector as a whole was £17.5 million, including losses by 22 colleges totaling £30 million. Of these 22, 10 had deficits of over £1 million. Inverness and Clydebank had the highest losses at £5.2 and £3.5 million respectively. While some colleges have now put together recovery plans, they say it will take three to 10 years to eliminate their debts.