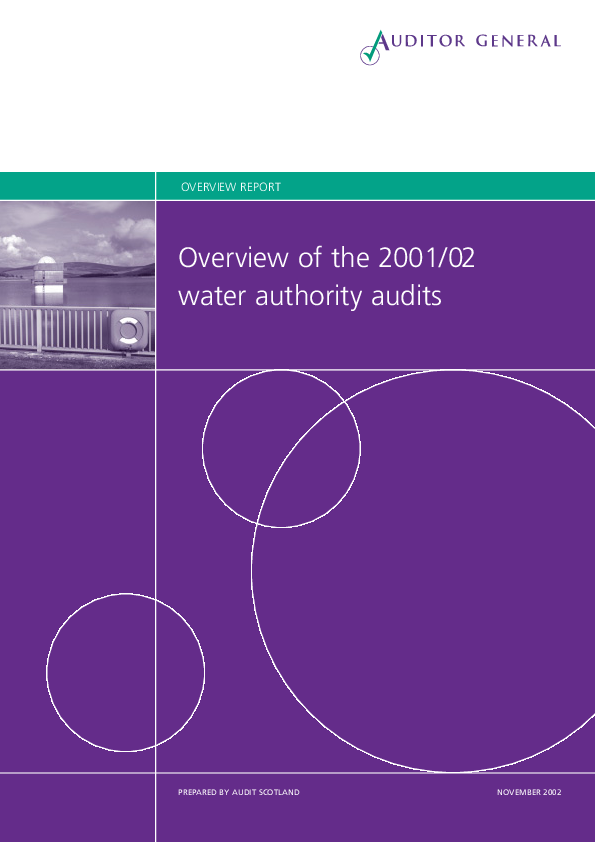 This report reviews the final year of operation of the three former Scottish water authorities before they merged to form Scottish Water on 1 April 2002. It finds that financial control was maintained in the period leading up to the creation of Scottish Water, financial targets were achieved and the audits were completed on time. The report also identifies unpaid bills as a continuing problem. The level of debts increased from £79 million at the end of 2001 to £95 million at the end of 2002.