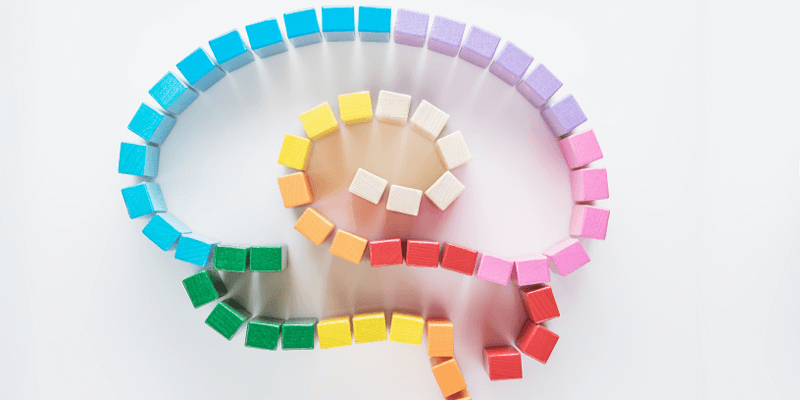 By Antony Clark, Interim Controller of Audit, and Interim Director of Performance Audit and Best Value

Serious concerns have existed for years about access to children and young people’s mental health services. And the pandemic’s impact has made the need for change more urgent.

In 2018, both our report and research commissioned by the Scottish Government on rejected referrals found complex and fragmented systems that made it difficult for children and young people to get the support they need.

A year later, a taskforce set up by the Scottish Government and COSLA called for reform. Earlier guidance and support, it said, was needed from GPs, health visitors, school nurses and others to create a more integrated system and reduce the chances of normal mental health difficulties escalating.

But the picture today is similar to 2018, despite significant investment.

More children and young people are waiting over 18 weeks to start treatment in specialist Child and Adolescent Mental Health Services (CAMHS) – up from 26 per cent in 2017/18 to 33 per cent in 2020/21.

Exhibit: Children and young people who started treatment within 18 weeks of being referred to specialist CAMHS, 2018/19 to 2020/21

The Scottish Government's standard is that at least 90 per cent of children and young people should receive treatment within 18 weeks of being referred to specialist CAMHS. 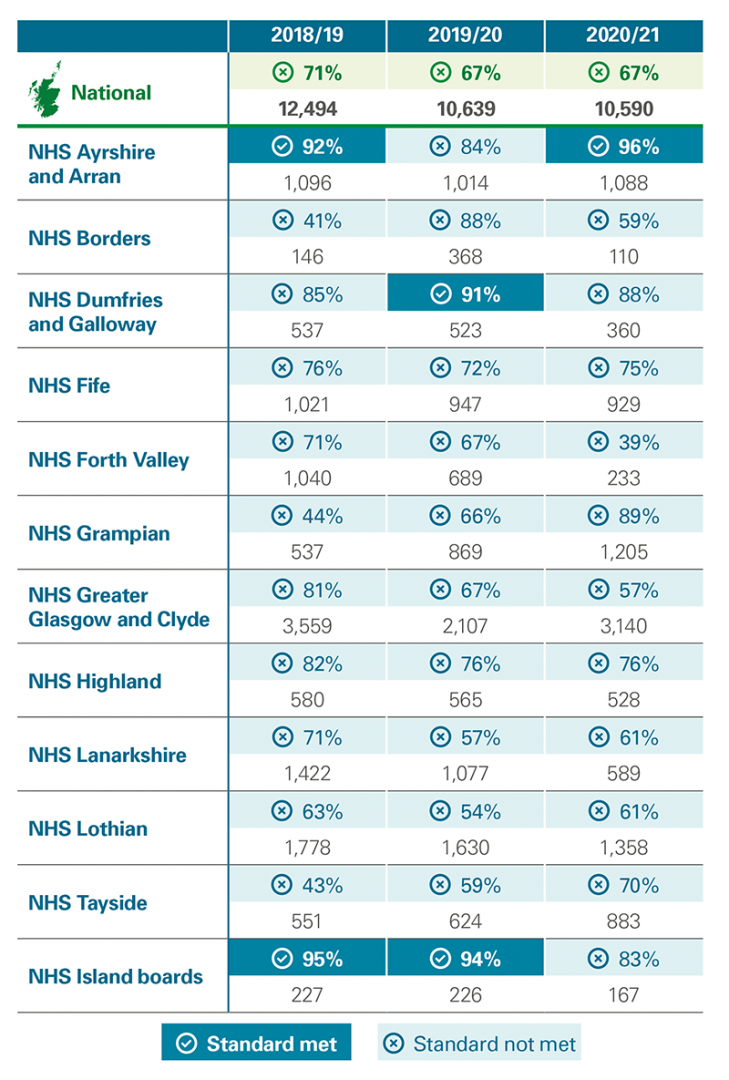 An Excel version of this data is available for download at the end of this page.

Note: Data for NHS Orkney, NHS Shetland and NHS Western Isles has been combined and presented as one board for disclosure reasons.

Falling referrals to CAMHS look like the one bright spot – down 17 per cent in a year. But this is very likely due to Covid-19 measures such as school closures and limited access to GPs rather than a reduction in demand.

Data also remains an issue. Almost one in four (23.5 per cent) of referrals to specialist CAMHS were rejected in 2020/21. But we still need national data to understand if these children and young people accessed alternative services – and what difference this made.

The Scottish Government has taken some action. A new CAMHS service specification, which sets out what children and young people and their families can expect from the NHS, is being implemented. As part of this the Scottish Government announced that it intends to make around £40 million available for dedicated CAMHS improvement work.

A new £15 million-a-year community mental health and wellbeing framework focused on prevention and early intervention was also introduced in February 2021. And guidance on embedding support for mental health in schools was issued just last week. But it’s too soon to tell how well either of these steps are working.

For the community framework to succeed it is critical that a clear and coordinated approach is taken to its implementation. It needs to raise awareness of new support and services and look at whether the money is improving the lives of our children and young people.

Geography matters too. While it is important that local areas have the flexibility to respond to local need, this has to be balanced with fair access to a range of services regardless of where children and young people live.

A new board jointly chaired by the Scottish Government and COSLA has a role in driving reforms forward. But there is a steep hill to climb and making it to the top will mean listening to and learning from the experiences of children and young people and their families.

The pandemic and the resulting restrictions have made it more important than ever that children and young people can access the support they need. In the meantime, monitoring the effectiveness of mental health services remains a priority for the Auditor General and the Accounts Commission and we are planning to take a closer look at this area in a further performance audit starting next year.

Download an Excel version of the CAMHS exhibit - XLS 38Kb